Scottish wave technology could be breakthrough

Independent marine energy developer, Trident Energy, has been given £220,000 of Regional Selective Assistance from Scottish Enterprise to support the development of the company’s wave power technology. Trident has patented […] 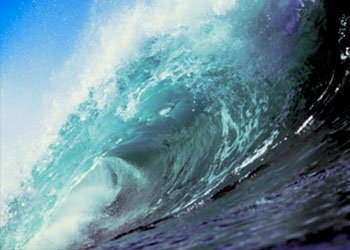 Independent marine energy developer, Trident Energy, has been given £220,000 of Regional Selective Assistance from Scottish Enterprise to support the development of the company’s wave power technology.

Trident has patented a generator that converts wave motion into electricity. Unlike other wave and tidal energy companies, Trident’s PowerPod is designed to work across a range of marine energy devices to improve energy conversion levels and reduce the cost of offshore renewable power generation.

Trident plans to build a range of PowerPod generator sizes, with the first commercial PowerPod expected to be a 150kW unit. The generic nature of Trident’s technology means multiple PowerPod units could be installed inside many leading wave energy convertors and some tidal energy systems, as well as other marine structures, such as offshore wind turbines and oil & gas platforms.

Scottish Energy Minister Fergus Ewing said: “Trident’s technology could offer a breakthrough for full scale commercial marine energy deployments. This offer of RSA is another example of Scotland leading the way in the global drive to harness power from the seas and continues Glasgow’s long tradition of engineering excellence into 21st century technologies.”