Wind turbine manufacture Vestas has continued its expansion into the Brazilian wind market by announcing a new 10,000 square metre assembly facility. The new plant will have an annual production […] 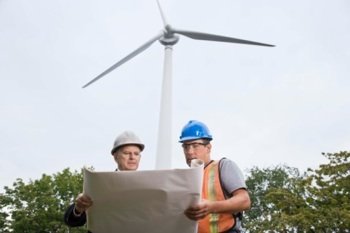 The new plant will have an annual production capacity of approx 400 nacelles of the V90 and V100 turbine type representing an initially estimated annual capacity of 800 MW.

Since the end of last year Vestas has delivered to the Brazilian market a total of 204 MW and since 1 January 2011, Vestas has announced orders for new capacity for 380 MW taking the current total capacity of announced unconditional orders in Brazil to more than 600 MW.

Vestas has focused on developing local supply chains which can deliver main components, products, spare parts and services for the manufacturing and operations of the company’s wind turbines in the country.

Søren Lomholt Husted, President of Vestas Nacelles said: “We are confident that we have a good infrastructure and qualified workforce for our first nacelle assembly facility in Brazil. The local authorities have shown strong commitment towards making this project a reality and we look forward to continuing our good relationship during and after the establishment of the facility.”

The Brazilian Ministry of Mines and Energy presented in June a 10-year energy plan, in which wind has been targeted for the greatest growth rate over the next decade with the ultimate goal of reaching around 12,000 MW by 2020 – representing approx 7 per cent of Brazil’s total installed energy base.