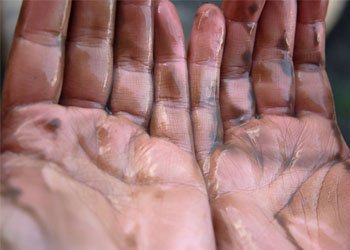 Shell UK has confirmed that they have discovered another leak at the Gannet Alpha oil platform and is thought to be steadily releasing around a ton of oil into the North Sea a day.

Glen Cayley, Technical Director of Shell’s exploration and production activities in Europe said: “It is not easy to quantify the total volume spilled but we estimate so far that it is around 216 tonnes (1,300 barrels).”

DECC revealed that the leak is greater than originally thought. A spokesperson said: “Although small in comparison to the Macondo, Gulf of Mexico, incident, in the context of the UK Continental Shelf the spill is substantial – but it is not anticipated that oil will reach the shore and indeed it is expected that it will be dispersed naturally.”

Located 113 miles off Aberdeen, Mr Cayley said the second leak was proving difficult to reach: “The residual small leak is in an awkward position to get to. This is complex sub-sea infrastructure, and really getting into it amongst quite dense marine growth is proving a challenge.”