Energy firms to be charged for roadworks

Transport Secretary Philip Hammond has announced he will introduce measures to cut road works by imposing charges on firms wanting to dig up roads during the daytime. New proposals could […] 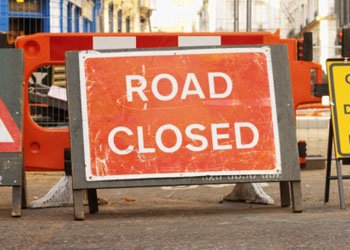 Transport Secretary Philip Hammond has announced he will introduce measures to cut road works by imposing charges on firms wanting to dig up roads during the daytime.

New proposals could help councils charge utility companies wanting to dig up the busiest roads during peak times when road works cause the most disruption. The Department for Transport say companies would be able to avoid charges by carrying out works during quieter periods or during the night.

Philip Hammond said: “This disruption is expensive as well as inconvenient, with one estimate valuing the loss to the economy from road works congestion at £4 billion a year. We simply cannot afford this.”

David Smith, Chief Executive of the Energy Networks Association, said they welcomed the plans but insisted measures had to be fair on utility companies: “Utilities are investing billions of pounds each year to ensure the essential services for lives and businesses are safe, secure and reliable.

“This important work is carried out to ensure the safety of the general public, the security of supply, the improvement of services to customers and to facilitate major transport projects. Local authorities account for almost half of all roadwork related congestion and it is therefore only right that they too should fall under the same scheme.”

The Department for Transport has published a consultation and drafted guidance for councils to show how such schemes could be implemented.

The consultation will close on 31st October 2011.