Charles Hendry has admitted the Government’s low carbon agenda is not winning businesses over. Speaking at the Energy Event at the NEC, he told ELN there was a long way […] 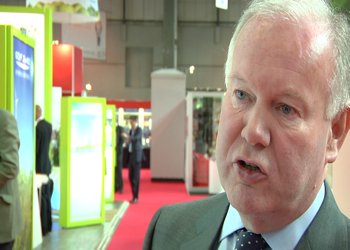 Charles Hendry has admitted the Government’s low carbon agenda is not winning businesses over. Speaking at the Energy Event at the NEC, he told ELN there was a long way to go to convince the business sector the pain of increasing bills was worth it in the long term to secure the Government’s CO2 targets.

His comments came after the audience of business leaders was asked if they believed the Government target of 30% of power coming from renewable sources by 2020 was achievable, not one person agreed, leaving Mr Hendry facing some tough facts:

“It seems people are primarily worried about prices and affordability. They seem concerned we are trying to go beyond what is achievable at a price which they don’t know they can afford to pay. So it really brings home to us that we’ve got to persuade people that the low Carbon economy is good for business, that it ultimately delivers security of supply and affordability at cheapest cost to customers.

“That message is clearly not got across so we’ve got to reinforce it.”

The Minister also admitted the Energy Bill was not likely to be before parliament this year.