Consumer ‘appetite’ for cost of low carbon is untested

Doubts have been raised over the consumer appetite to foot the bill for British energy policies. Panelists at npower’s debate at The Energy Event, chaired by ELN Editor Sumit […] 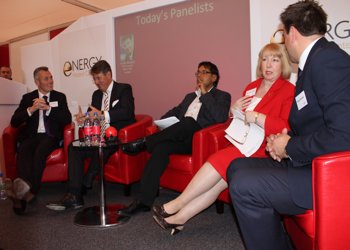 Doubts have been raised over the consumer appetite to foot the bill for British energy policies. Panelists at npower’s debate at The Energy Event, chaired by ELN Editor Sumit Bose, suggested that the public were not prepared for a rise in their bills for the sake of a green economy.

Ronan O’Regan, PwC’s Director for Energy and Renewables, said: “The biggest risk and challenge around what we’re trying to achieve is that the appetite of consumers to pay hasn’t been fully tested yet.”

Maria McCaffery, RenewableUK’s CEO, argued that the “management of expectations” about the price of low carbon policy needed to be handled very carefully to avoid a negative swing in public opinion.

A backlash to energy policies, such as the Carbon Reduction Commitment and the carbon floor price, is more likely to come from worldwide investors though, suggested npower’s Wayne Mitchell. The Director of Industrial and Commercial Markets worried about the wider effect this would have on the country.

Mr Mitchell said: “Globally mobile companies are the issue: what if they move their business from the UK?” He added that one company he knew of is now picking the country they site their bottling plants in based on their energy prices.