Britain’s businesses must not be jeopardised by the country’s low carbon commitments, Chancellor George Osborne has suggested. In a speech to the Conservative Party conference yesterday, the Chancellor gave the […] 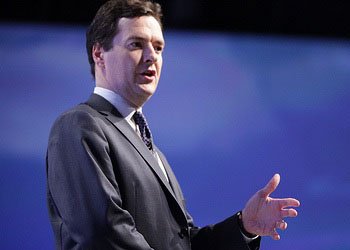 Britain’s businesses must not be jeopardised by the country’s low carbon commitments, Chancellor George Osborne has suggested. In a speech to the Conservative Party conference yesterday, the Chancellor gave the strongest signal yet that the economy would be prioritised over cutting emissions.

At first conceding that “we must have investment in greener energy. And that’s why I gave the go ahead to the world’s first Green Investment Bank,” he went on to add, “We’re not going to save the planet by putting our country out of business.”

Comparing Britain’s 2% share of the world’s carbon emissions with China and America’s 40%, the Chancellor said that the country should resolve “to cut our carbon emissions no slower but also no faster than our fellow countries in Europe. That’s what I’ve insisted on in the recent carbon budget.”

The carbon budget that came out earlier this year put a floor price on carbon. Some lobbyists have warned that this risks driving businesses out of Europe, and the CBI has argued that major energy users should be exempt from the so-called ‘carbon tax’.

The Chancellor’s words show a potential rift in the Cabinet, with Energy Minister Charles Hendry earlier in the conference urging that rebuilding the UK power sector “in a way that is genuinely low carbon” is a priority to stem the prospect of black outs.

Mr Hendry said: “We need twice as much investment every year of this Conservative decade, as Labour managed in their last decade.” He re-emphasised that the government and private sector need to pump £200billion into the UK’s energy infrastructure.

The UK has legally binding targets to slash greenhouse gas emissions by 80% by 2050 compared with 1990 levels.

Britain must lead on low carbon or be doomed to follow