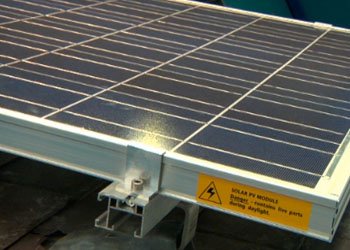 Located near Bristol, in Somerset, the two plants have over 23,000 PV modules, covering 17 hectares. The solar parks will provide energy to a total of 2,600 households.

Dr. Jürgen Müller, general representative of SOLARWATT AG, responsible for the two projects said: “The two solar parks are our fist projects in the UK and an important reference for SOLARWATT AG. We completed them under time challenges while meeting the deadline and staying within the budget limits.”

Solar rises in the East