Stable climate policy is being “undermined” by the review of the UK’s carbon budgets in 2014, claims Parliament’s green watchdog. A new report by MPs on the Environmental Audit Committee […] 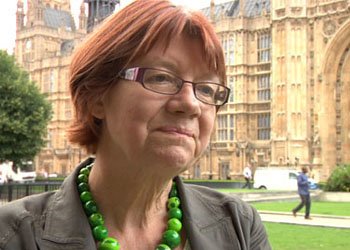 Stable climate policy is being “undermined” by the review of the UK’s carbon budgets in 2014, claims Parliament’s green watchdog.

A new report by MPs on the Environmental Audit Committee suggests that the planned review of the UK’s fourth carbon budget is politically motivated.

The Government’s fourth carbon budget set stringent targets for the UK to cut carbon emissions, far beyond targets currently set by other countries. This concerned some who worried that businesses would be put off by UK taxes on the amount of carbon emitted by energy users.

A review in 2014 could let Britain opt out of these high emissions targets, but in the report MPs warn that this could weaken investor confidence in low-carbon industries by throwing emission targets into uncertainty.

Joan Walley MP, Chair of the Environmental Audit Committee, said: “The long term carbon-cutting commitments set out in the Climate Change Act are supposed to provide certainty that Britain is determined to reduce emissions by 80% by 2050.

“Unfortunately, the Government’s somewhat schizophrenic attitude to climate change seems to be undermining that confidence.”

Zac Goldsmith MP, of the Environmental Audit Committee, added that government must be careful they don’t put off investors with a policy change: “The one risk that all investors highlight when they consider putting funds into clean technology is policy change.

“It is therefore absolutely crucial that policymakers recognise that with the stroke of a pen, they can make a good investment bad.”