Citigroup flags up risks of investing in renewable

Investors have been warned that Scotland could be a risky place to put money into renewable projects by a leading financial analyst firm. Citi’s latest report warns that two key […] 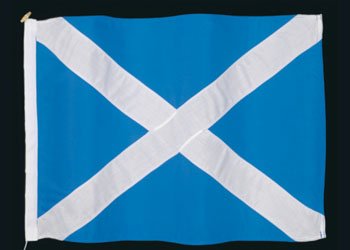 Investors have been warned that Scotland could be a risky place to put money into renewable projects by a leading financial analyst firm. Citi’s latest report warns that two key Scottish policies – plans for a referendum to break away from the UK and an “aggressive” strategy to develop renewable energy – could be incompatible.

The report suggests that if the country does separate from England, this could could throw into doubt subsidy for renewables from the UK government. It says: “Renewable investors risk seeing their assets stranded in a newly independent Scotland.”

Citi concludes: “In our view utilities and other investors should exercise extreme caution in committing further capital to Scotland. This particularly applies to SSE and ScottishPower (Iberdrola) who may already be over exposed to these risks.”

Both these Scottish-based firms reacted cautiously to the research. Neither would comment on what they dubbed “political issues”.

A ScottishPower spokesperson said: “As a group we operate in over 40 countries and don’t comment on political issues. Scotland has some of the best renewable resources in Europe and we continue to have ambitious plans for the UK and Scotland”.

SSE refused to comment on whether the policies would put off investors to their renewable projects. The firm pointed to its stance that “Whatever the constitutional arrangements, they need to support the achievement of such targets and of sustainable energy supplies generally.”

When ELN contacted DECC, a spokesperson said that it didn’t need to comment on the matter.