A report into the tremors that hit Blackpool earlier this year suggests that it is “highly probable” that drilling for shale gas was the cause. Cuadrilla, the first company to […] 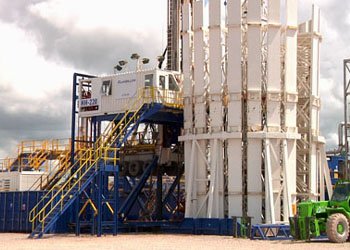 A report into the tremors that hit Blackpool earlier this year suggests that it is “highly probable” that drilling for shale gas was the cause.

Cuadrilla, the first company to explore shale gas in the UK, commissioned the report after two tremors near its drilling site took place. The firm recently announced there is a potential 200 trillion cubic feet of gas trapped in shale rock underground in Lancashire.

Researchers believe that the seismic events were caused by an “unusual combination” of geology that is extremely rare and would be unlikely to occur together again.

Dr Stefan Baisch, who co-wrote the report into the Bowland Shale, said: “Similar operations have been performed in the past 50 years 1 million times and there are only two cases where similar seismic responses could have been caused. That’s why it’s so unusual.”

He said that even if a tremor did occur, it was unlikely to be larger than 3 on richter scale, “still on a level where no damage would occur on the surface.”

The report proposes a number of strategies to prevent and deal with such an event in future. Dr Baisch said these included carefully picking the location of the next well; pumping down smaller fluid volumes as well as pumping this water back up to the surface, which would reduce the strength of any seismic effects; and putting in an early detection system so that if any seismic activity is noticed the fracking can be aborted promptly, even within ten minutes.

Shale gas has proved controversial with some environmentalists, who worry that it will push renewables out of the spotlight.

However Mark Miller, CEO of Cuadrilla sees a role for shale gas alongside renewable energy. He told ELN: “They go hand in hand. Natural gas is one of the best sources for generating back up power for renewable energy. It won’t push it out of the way.”