The London Assembly has called Mayor Boris Johnson to account over the levels of nitrogen dioxide in the capital’s air- the highest of any European capital. Recently published government plans […] 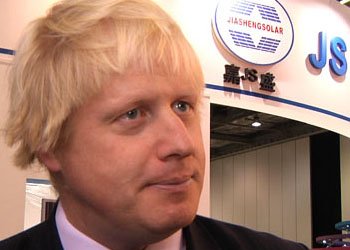 The London Assembly has called Mayor Boris Johnson to account over the levels of nitrogen dioxide in the capital’s air- the highest of any European capital.

Recently published government plans show levels may not be reduced to legal limits until 2025. The assembly said Londoners should not have to wait so long for clean air.

Darren Johnson, who proposed the motion, said: “Improving London’s air quality is far more important than simply avoiding hefty EU fines, it’s about stopping the premature deaths of 4,000 people every year. If those 4,000 deaths a year were as a result of accidents on the tube or drowning in the Thames the Mayor and central government would feel compelled to act immediately. The fact that the poison in our air is invisible does not mean tackling poor air quality should be treated any less urgently.”

The Assembly are concerned the Mayor’s air quality strategy relies on the Government delivering specific measures and funding to enable legal limits for nitrogen dioxide. They have called on Boris Johnson to ensure that the capital’s air meets legal standards by 2015 at the very latest.