Shot in the arm for heavy industry

British industry received a welcome shot in the arm today after Chancellor George Osborne announced that the coalition Government would be offering more support to major energy users. Mr Osborne […] 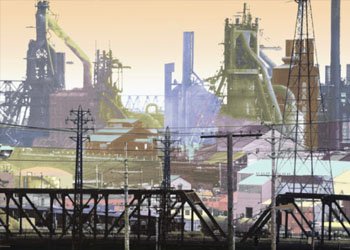 British industry received a welcome shot in the arm today after Chancellor George Osborne announced that the coalition Government would be offering more support to major energy users. Mr Osborne told politicians we would not “save the planet by shutting down our steel mills” and has offered a £250 million fund which will cut climate change levies on UK heavy industry.

Jeremy Nicholson, Director at the Energy Intensive Users Group told ELN: “This was the best we could have hoped for. It’s a big step, but there’s further to go if we can compete with our competitors abroad. It’s interesting to see the Government is moving back to a more balanced position, after all, it’s not green to offshore your investments.”

UK manufacturing similarly welcomed the announcements and said that the UK could still maintain its green goals. Terry Scuoler, Chief Executive of the EEF, the UK’s Manufacturing Organisation said: “This package is welcome recognition of the significant competitive pressures facing energy intensive companies and should go a long way to address them. Government must build on this by sending a signal to companies looking to invest here that it will maintain this package beyond the current spending review period.

“Increasing the value of climate change agreements and providing funding for energy efficiency through the Green Investment Bank is also a welcome first step in helping a wider range of manufacturers to make the investments that will deliver a low carbon economy.”