Bioenergy is ‘crucial’ to crack 2050 targets 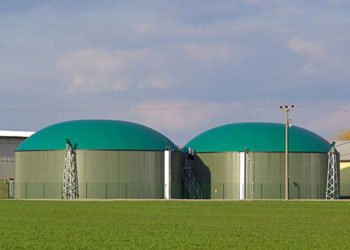 Bioenergy needs to play a bigger role in cutting UK emissions, claim the Government’s climate change advisers. The Committee on Climate Change (CCC)’s review of bioenergy, released today, suggests that more of the “controversial” energy source will be needed to meet 2050 emissions targets than was previously thought.

Bioenergy comes from combusting solid, liquid or gas fuels made from biomass feedstocks. Sceptics suggest that shifting the focus to these biofuels will deflect Government support and funds away from ‘cleaner’ energy sources like renewables.

But the CCC says they could be “crucial” to supplying 10% of our total energy compared to the current planned share of 2% by 2050.

David Kennedy, Chief Executive of the Committee on Climate Change said: “Our analysis shows that there is a crucial role for bioenergy in meeting carbon budgets, but within strict sustainability limits – and trade-offs with wider environmental and social objectives may be needed.”

He also suggested that carbon capture and storage (CCS) technology, which extracts CO2 from emissions, would be “ideally” used in tandem with bioenergy. He said Government needs to push on with demonstration projects so CCS was ready to support bioenergy projects.