Climate change levies could pile an extra £15billion – around 1% of the UK’s GDP – onto consumer costs by 2020, according to the Renewable Energy Foundation (REF). The independent […] 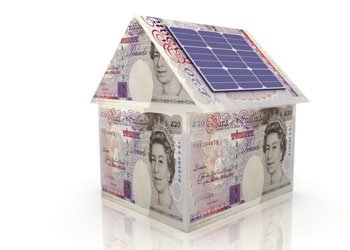 Climate change levies could pile an extra £15billion – around 1% of the UK’s GDP – onto consumer costs by 2020, according to the Renewable Energy Foundation (REF).

The independent research body calculates that VAT charged to energy firms on these levies alone could amount to almost £2billion. REF is warning these costs could be passed onto consumers.

Dr John Constable, director of REF said: “Government really needs to rethink these environmental levies as a matter of urgency, and should without delay forego the VAT on those levies as they pass through on to bills.”

But DECC challenged the findings and said it was wrong to bracket these policies together as climate change subsidies. A spokesperson said several of its schemes like CERT (which will be replaced by the Green Deal next October) and CESP were actually helping “vulnerable people improve their homes and so lower their bills.”

The Treasury also disputed the claim. A spokesperson said: “Energy companies don’t pay VAT on the money they are charged for climate change subsidies. VAT is a tax on consumption, so it is only charged on goods or services.”

They added: “We don’t recognise the £2bn VAT figure. However, it is important to note that higher energy prices do not lead to more VAT revenue. Since a reduced rate of VAT is payable on domestic energy, as bills rise less household resources are available to spend on standard-rated items and overall VAT revenue may actually fall.”

Business energy costs predicted to rise 81% in a decade