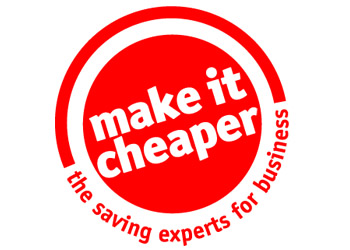 Charities will have paid up to £78 million in unnecessary tax this year because almost half of them are unaware that energy used for ‘non-business’ purposes is subject to a reduced 5% VAT rate and exempt from the Climate Change Levy.

Charities, which are billed in much the same way as businesses for gas and electricity, simply have to sign a declaration form and send it to their supplier to qualify for the exemptions. However, according to research from Make It Cheaper, 46% of charities do not know about the VAT/CCL discount and over two-thirds (69%) are unaware that they can also claim a rebate for incorrect payments made over the past three years.

Figures from Make It Cheaper, which helps over 5,000 charities buy their energy each year, suggest that the total reclaimable amount could currently be as high as £145 million.

The Bosco Society in Bootle, for example, has managed to arrange a rebate of £2,000 -which has helped towards the cost of providing accommodation for homeless people with a history of drug abuse. The Society for Abandoned Animals in Manchester has managed to save £1,200 a year by successfully claiming the discount which has gone towards veterinary bills, vaccines and microchips. Another charity – The Regal Community Theatre in Bathgate near Edinburgh -received a five figure sum after Make It Cheaper advised it to write to its supplier for a rebate, pointing out that it had long been paying the incorrect rates for its gas and electricity.

Jonathan Elliott, managing director of Make It Cheaper, commented: “There’s an awful lot of money being prevented from going to good causes quite unnecessarily. The rising cost of energy already takes a big bite out of budgets at a time when many charities are dreaming of a windfall. Worst hit are the smaller ones, often run by volunteer treasurers with little accounting experience. Whilst it’s HMRC that benefits from overpayments, the energy companies are not exactly absolved from blame and could be doing more to help their charity customers. We’ve seen cases of organisations successfully applying for the rebate, only for their energy company to subsequently start billing the full VAT amount again because of an administrative error. Given our close relationship with all the energy suppliers, we are now working with them to be more alert to the situation.”

Make It Cheaper has published a Charity VAT Guide which includes details of qualifying organisations, a standard 5% VAT Declaration form and contact details for all the major energy suppliers.