EDF Energy must “battle” to pass the “trust test” with customers, says chief executive Vincent de Rivaz. His comments come in the wake of a recent poll suggesting EDF received […] 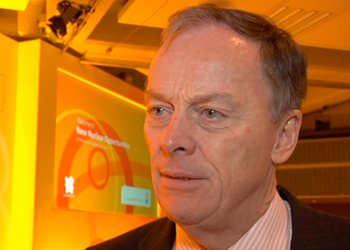 His comments come in the wake of a recent poll suggesting EDF received the highest rise in customer complaints compared to other Big Six suppliers over three months this autumn.

At his firm’s New Nuclear Opportunities conference in London yesterday, the French energy boss was vocal about the need to regain consumer trust.

Mr de Rivaz told ELN: “We have challenges, I know them. We will address them and we will win the trust battle because we need it.”

EDF is placing more importance on “simplicity of the bills, simplicity of the choices, [being] more reactive, the accuracy of billings, stopping doorstep sellings which are not welcome by the customers,” he said.

Energy firms recently took the flak for appearing to unnecessarily up their prices by around a fifth earlier this year at the expense of households already feeling the pinch.

Mr de Rivaz talked up his firm as the last to bring in a price rise and claimed it was important customers see they share benefits with investors.

He said: “We investors are not in the business to make profits that are not acceptable if they are not at the same time profitable for the customers.”