Protestors at Ratcliffe on Soar power station disrupted traffic on the A453 motorway near Nottingham early this morning. The power station is located on the A-road which is just off […] 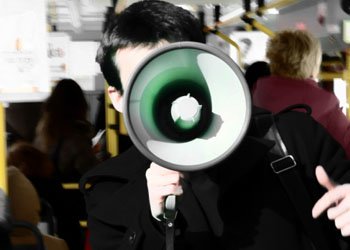 Protestors at Ratcliffe on Soar power station disrupted traffic on the A453 motorway near Nottingham early this morning. The power station is located on the A-road which is just off junction 24 on the M1.

The protest was part of an on-going dispute over pay cuts between a trade union and a subcontractor at the E.ON-owned coal plant and is at least the second protest this year, according to union Unite.

Nottingham Constabulary confirmed the “unofficial” action slowed down traffic on the A453 from around 6.15am, with around 40-50 to people protested, according to the union.

The disruption is likely to occur again as a Unite spokesperson said the protest is part of a “rolling demonstration”.

When contacted by ELN this morning, SPIE Matthew Hall, an electrical contracting firm at the power station which is one of seven contractors allegedly involved in the dispute said it was against their policy to comment.

A spokesperson for E.ON said: “We are aware of the on-going issue between the trade union and the subcontractor but the issue is nothing to do with E.ON.”