The chief of the UK’s nuclear power trade body has hit back after a group launched a legal bid in the EU to halt new nuclear in the UK. The […] 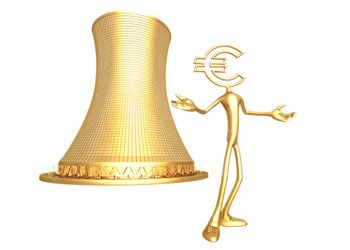 The chief of the UK’s nuclear power trade body has hit back after a group launched a legal bid in the EU to halt new nuclear in the UK.

They claim the UK Government’s new plans for a carbon price floor in its electricity market reform are “unlawful” because they subsidise nuclear power and want the EU to prevent this.

Dr Dörte Fouquet, the lawyer who has been leading the preparation of the complaint said: “The Commission over the last years repeatedly underlined that distortion of the market is to a large extent caused by subsidies to the incumbents in the energy sector. This complaint aims to shed some light on the recent shift in the energy policy of the United Kingdom where strong signals point to yet another set of subsidies to the nuclear power plant operators.”

Energy Fair also claims that if their complaint is upheld, it is “unlikely that any new nuclear power stations will be built in the UK or elsewhere in the EU.”

Responding to the complaint, Keith Parker, chief executive of the Nuclear Industry Association said: “There is no substance to the allegations put forward by Energy Fair that the UK Government is subsidising nuclear power. Nuclear liability is governed by international conventions of which the UK is a signatory. These arrangements are currently under review, with a significant increase in the liability cap being proposed.

“The Electricity Market Reform arrangements are designed to benefit all low-carbon energy sources and not the nuclear industry specifically.”