More than 100 backbench MPs have written to David Cameron to object over the Government’s support for onshore wind energy. The mostly Tory contingent express concern over the cost of […] 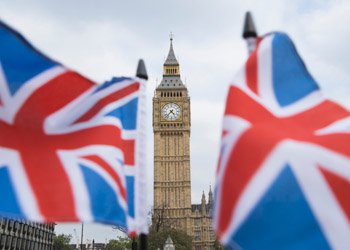 More than 100 backbench MPs have written to David Cameron to object over the Government’s support for onshore wind energy.

The mostly Tory contingent express concern over the cost of backing wind power to taxpayers in a letter to the Prime Minister sent at the end of January.

The MPs wrote: “In these financially straitened times, we think it unwise to make consumers pay, through taxpayer subsidy, for inefficient and intermittent energy production that typifies on-shore wind turbines.”

Signed by 106 MPs, including two Labour MPs, two Lib Dem MPs and one DUP MP, the letter is part of a wider campaign to cut subsidies for onshore wind, according to Chris Heaton-Harris, Conservative MP for Daventry, who included a copy of the letter on his blog.

The MPs suggest cutting the cash available to onshore wind and instead advise sharing it out to other types of renewable energy.

The letter goes on: “We ask the Government to dramatically cut the subsidy for onshore wind and spread the savings made between other types of renewable energy production and energy efficiency measures.”

The MPs further worry the national policy framework will make it harder for local communities to challenge onshore wind farms being built in their areas.

But wind energy trade body RenewableUK hit back at the criticism, saying a majority of people understand support for wind is essential.

Jennifer Webber, RenewableUK’s Director of External Affairs said: “We know there’s a huge amount of public support for wind energy. YouGov conducted a poll in December which showed that 56% of people think we should be expanding wind power in the UK and 60% believe the Government is right to provide financial support to do so.

“Wind is the only form of low-carbon technology which can be deployed on a big enough scale in the short window of time available if we want to ensure that we’re not overly dependent on imported fuels and the price shocks they cause.”

Downing Street said the letter has been received and will respond in due course. A spokesman said: “We need a low carbon infrastructure and onshore wind is a cost effective and valuable part of the UK’s diverse energy mix. The Government has commissioned a review of subsidy levels and we are already proposing a cut for onshore wind subsidies to take into account the fact that costs are coming down.”