A green energy firm is predicting “Armageddon” for the solar industry after Government brought out plans to cut the solar Feed-in Tariff (FiT) subsidy yesterday. Announcing a new FiT rate […] 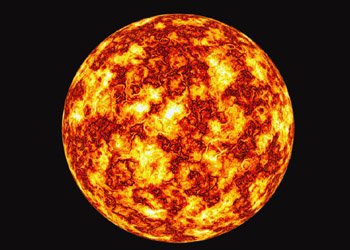 A green energy firm is predicting “Armageddon” for the solar industry after Government brought out plans to cut the solar Feed-in Tariff (FiT) subsidy yesterday.

Announcing a new FiT rate of 21p/kWh yesterday morning, Energy Minister Greg Barker suggested the cost of solar panels will drop to a point which makes the new rate feasible. DECC also claims slashing the subsidy is essential to keep within its budget and protect the money for home owner installations.

But plans for a “dynamic” subsidy rate, which would allow Government to regularly cut the FiT in line with lowering solar panel costs, are attracting fierce criticism.

Some solar suppliers are alarmed the rate could go down to around 14p/kwH.

David Hunt, a director at energy supplier Eco Environments said: “A reduction to a tariff as low as 13.6p in just a few months’ time is the equivalent of Armageddon for the solar industry.

“There is simply no way that product and installation costs will drop that much in such a short period of time to make such a low tariff rate economically viable.”

He further criticised proposals to review the FiT rate every six-months as “flying in the face” of Greg Barker’s ambition for 22GW worth of solar installations before 2020.

However Energy Minister Greg Barker stood firm against such complaints, telling reporters that certain parts of the solar industry had to “Get real… the scheme is for the many, not for the few.”