Changing the way the UK approaches large scale offshore grid networks could save the UK billions of pounds in the long term, according to a new report from the Government. […] 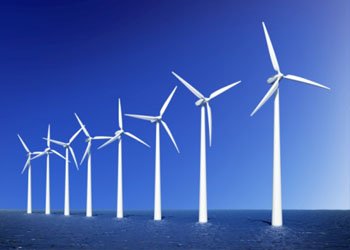 Changing the way the UK approaches large scale offshore grid networks could save the UK billions of pounds in the long term, according to a new report from the Government. DECC has offered its support to regulator Ofgem to implement efficient offshore infrastructure, which could help the Government reduce the cost of offshore wind.

A consultation between both Ofgem and DECC has identified a chance to lower costs by building interlinking grids, rather than individual connections for each wind farm or marine hub.

A co-ordinated approach such as this could reduce costs by 15%, up to £3.5 billion, the report claims. The UK is expected to develop large amounts of offshore wind generation in the next decade; the Government’s ‘Renewable Energy Roadmap’ suggests that by 2020, between 11 and 18GW of wind capacity could be built off Britain’s coast, making an efficient grid a must.

Robert Hull, Managing Director of Commercial at Ofgem E-Serve said: “We want to continue making savings, which is why coordinating links, where this can increase efficiency, is so important. We consider we can do this in a way that protects customers while providing stability and certainty for wind farm investors and prospective offshore transmission owners.”

The report also suggests this improvement could pave the way for a North Sea network linking the UK to other European countries more effectively.

National Grid’s Executive Director Nick Winser welcomed the idea of better co-ordination: “We have always supported an integrated and linked approach to connecting the potential of offshore wind and agree that this is absolutely the right approach. Individual connections for each potential site would take longer and cost more.”

This is also a positive step forward for the evolution of an offshore ‘supergrid’. Greater co-ordination will give us more flexibility to connect to our European neighbours and share the potential of renewable generation, bringing further benefits to the UK and the North Seas region.”