The global safety pact which binds countries who have nuclear energy is too “timid”, the Director-General of the Nuclear Energy Agency told ELN in an interview yesterday. Luis E. Echávarri, […] 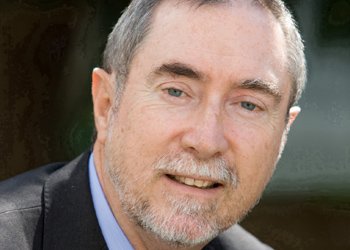 The global safety pact which binds countries who have nuclear energy is too “timid”, the Director-General of the Nuclear Energy Agency told ELN in an interview yesterday.

Luis E. Echávarri, the head of the OECD’s nuclear body suggested the International Atomic Energy Agency’s Convention on Nuclear Safety could be toughened up.

He was speaking ahead of the one year anniversary of the nuclear meltdown at Japan’s Fukushima power plant this Sunday.

Mr Echávarri said when the Convention’s thirty member states meet in August, there will be be “many countries” who want more in-depth discussion about its safety requirements.

“All the OECD countries are clearly concerned with the situation. They all want to give more steps to reinforce safety regulations,” he said.

Openness was also an issue, he suggested: “It’s not that we’re not transparent enough but it’s very difficult with reporting every three years to get enough data on all things.”

States will want to include more chances for peer review, to comment and criticise safety issues in the Convention, he said.

Predicting it will take three or four years for public confidence in nuclear to return after last year’s Japanese meltdown, he said: “Recovery of public opinion will be based on an evaluation of Fukushima and all the measures that will be taken.”

While some countries were opting out of nuclear because of political pressure, he said there were at least 20 which saw a future in nuclear power once they have looked closely at their safety procedures.

Several countries such as the UK and the USA are investing in next generation nuclear plants.
Mr Echávarri doesn’t believe another Fukushima will happen at these because “all reactors are being reviewed for coping with natural conditions bigger than Fukushima.”

There is still the possibility of a nuclear “meltdown” though, which happened in Japan and at the Three Mile Island disaster in America in 1979: “You cannot avoid 100% to have a core meltdown, but [it’s likely] the containment building would contain it, with the new plants you’d hope it doesn’t affect outside the plant,” he added.