Brits are sometimes too “snobby” to pick engineering jobs. That’s the concern of one trade body expert who warns Government attitudes aren’t helping the sector’s image for young workers. Figures […] 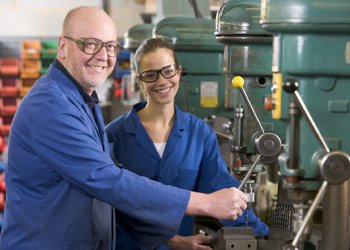 Brits are sometimes too “snobby” to pick engineering jobs. That’s the concern of one trade body expert who warns Government attitudes aren’t helping the sector’s image for young workers.

Figures suggest almost 90,000 jobs in science and engineering will needto be filled by 2016 because of retirement alone. Industry figures see this as a real challenge.

Chris Buxton, CEO at trade association group PPMA said: “In some quarters there’s still a little bit of snobbery that regards working in manufacturing as being a little bit too blue collar.”

He suggested the Government was dominated by people without as much experience in manufacturing which in turn had an effect on the emphasis placed on jobs.

He told ELN: “If you look at the Government sector for instance, it’s very heavily populated by employees who don’t come from a technical or an engineering background and therefore their understanding of the
manufacturing sector is perhaps a little biased.

“To that extent, they’re going to regard manufacturing in rather more traditional terms – of the satanic mills syndrome – rather than what it is today in reality, which is a clean, efficient and excellent environment to work as a whole.”

The comments come after Business Minister Mark Prisk told the Automated Britain conference last week that the UK needed to copy the Germans and give engineers more prestige in society.

But Dr Graeme Philp, chief of trade body GAMBICA which speaks for industrial automation and lab technology firms, believes while the “status of engineering” needs some work, firms need to broadcast the good salaries that go with engineering jobs to snare young employees with apprenticeships.