The way we measure fuel poverty is flawed and “unhelpful”, according to an independent report commissioned by the Government. Professor John Hills of the London School of Economics believes efforts […] 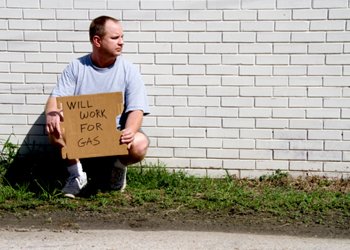 The way we measure fuel poverty is flawed and “unhelpful”, according to an independent report commissioned by the Government.

Professor John Hills of the London School of Economics believes efforts to counter fuel poverty with various government policies such as the Warm Front and the Green Deal are hindered and “distorted” by how we measure the problem.

The country faces “a serious national problem”, finds the report, with the latest official figures showing four million households in England are in fuel poverty, compared to 1.2m in 2004.

Fuel poverty is currently defined as the number of people who pay 10% or more of their household income on heating their homes.

The Professor’s final report after an initial update last year recommends scrapping this 10% indicator. Instead Government should mark someone as fuel poor if they spend more than the average amount for their fuel and this leaves them with income below the official poverty line.

It also puts forward a new measurement, which would look at whether the energy needs of fuel poor households exceed a “reasonable” cost threshold.

This cost “threshold” could be set at 60% of median income, it suggests.

Energy Secretary Ed Davey said: “The evidence is overwhelming that improving the way we measure fuel poverty is integral to delivering the right policy outcomes. Without the right measure it will not be possible to focus available resources in the most effective way.

He added: “I therefore commit myself and the Government to the adoption of a revised approach to measuring fuel poverty by the end of the year.”