Davey announces EPS to the despair of green groups

By way of providing certainty to the gas industry, the Government has decided that power plants consented under the new Emission Performance Standard will be guaranteed that level until at […] 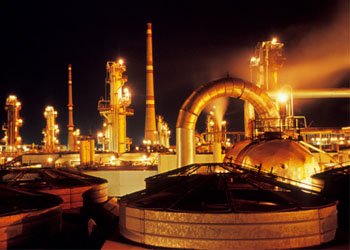 By way of providing certainty to the gas industry, the Government has decided that power plants consented under the new Emission Performance Standard will be guaranteed that level until at least 2045.

DECC says the measures will encourage the right amount of investment in “new reliable capacity including gas” in order to secure the UK’s electricity supplies. However, energy secretary Ed Davey faces an intense backlash, as many environmental groups fear the legislation will destroy the UK’s chances of reaching its climate change targets.

The 450g/kWh level announced today will remain for over thirty years. Ed Davey said it was set because the UK is due to lose much of its current supply: “A fifth of the UK’s ageing fleet of power stations will close this decade and it’s not possible to fill that gap entirely with low carbon alternatives in that timescale.

He added: “Modern gas-fired power stations are relatively quick to build and twice as clean as many of the coal plant they’re replacing. Carbon capture and storage promises to give gas an even longer term future in the mix.”

However, green groups have slated the move by Davey as “embarrassing” and say the government has overlooked key recommendations concerning emissions and the environment.

The Committee on Climate Change warned that if the UK was to meet its carbon targets, the level of EPS would need to fall to 50g/kwh by 2030. Instead, gas plants consented under the current level of the EPS could still be polluting at that level 30 years later in 2045.

Joss Garman, Greenpeace senior energy campaigner said: “If our power stations are left to burn the same amount of gas for decades to come then we stay hooked on a fuel that will keep bills high, make us reliant on imports and, crucially, crash our carbon targets. This is a major change of course from the one followed by Chris Huhne and is just about the worst thing Ed Davey could have done in his first weeks in office.”