Chancellor of the Exchequer George Osborne has guaranteed tax relief for the decommissioning of North Sea oil and gas as he aims to stimulate investment in Britain’s energy sector. Mr […] 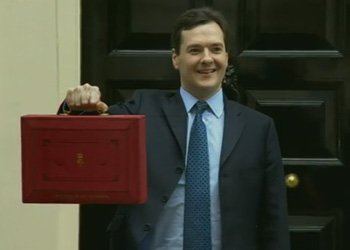 Chancellor of the Exchequer George Osborne has guaranteed tax relief for the decommissioning of North Sea oil and gas as he aims to stimulate investment in Britain’s energy sector. Mr Osborne said his 2012 Budget would support renewable energy, but warned that “environmentally sustainable has to be fiscally sustainable too.”

Mr Osborne told Parliament he wanted to extract the “greatest possible amount of oil and gas from our reserves in the North Sea”.

Ending the uncertainty around decommissioning rigs he stated was key. The Government will introduce legislation in 2013 giving it statutory authority to sign contracts with companies operating in the UK and on the UK Continental Shelf to provide certainty on the relief they will receive when decommissioning their assets.

He added: “We are also introducing new allowances including a £3 billion new field allowance for large and deep fields to open up West of Shetland, the last area of the basin left to be developed.”

New legislation in 2012 could give the Government the power to introduce measures to support investment in brown fields.

Derek Leith, managing partner and head of oil and gas taxation at Ernst & Young in Aberdeen said the policies were good for business: “Today’s announcement promises to encourage significant investment in the North Sea.

“The Budget demonstrates government acceptance that establishing a stable tax environment in the basin will prolong the life of existing infrastructure, deliver millions of more barrels of oil equivalent and boost the Treasury’s coffers via increased tax take.”