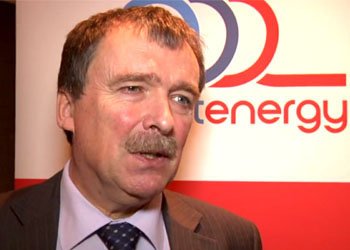 Labour MP Alan Whitehead has slammed Ed Davey’s plans for gas power stations saying they’ll make a mockery of climate change targets. Mr Whitehead, who sits on the Energy Select Committee said the Energy Secretary was wrong to set the gas Emissions Performance Standard at a level of 450g/kWh, as he believes this will do nothing to meet Carbon Budget targets.

Writing in his blog, Mr Whitehead said the decision “ranks as one of the stupidest and most thoughtless pieces of decision-making in government for some time.”

He continued: “It rugby-tackles and negates all the (apparently now pious) agreements the Government has entered into on climate change targets, such as adopting the fourth climate change budget just recently. What the announcement means is that only new power plants that emit carbon dioxide at less than 450 grammes per kilowatt hour of energy produced will in future get consent.

“Anything above that level will not, which of course includes new coal fired power stations. But new gas power stations will ALL come in at under 450gms – they will emit about 400. So it says that we will be able to plan for and build as many new power stations of this type as we like in future years.”

Mr Whitehead went on to discuss the plans to grandfather new plants, in essence meaning they’ll be allowed to continue at that level of emission until 2045, offering what Mr Whitehead believes is a guarantee on emissions.

He added: “So if you are a gas power station developer, what’s now not to like about the new regime? You can build what you like where you like and no-one will limit your output subject to being able to sell it in the (unreformed) energy markets. What’s more, you will get paid for simply being there, whether you sell your power or not. I somehow think a large number of new power plants will get built. Currently, gas makes up 35% of our generating capacity. Some scenarios increase that proportion as other supplies dwindle, but let’s say that, under the new liberal regime gas continues to make up about 35% of capacity.

Clearly exasperated the Labour MP concludes the policy undoes all the posturing on carbon targets.

“So 40% of all our electricity supply until 2045 will carry with it 400 gms of CO2 emissions until 2045. You don’t need to do much maths to calculate that, even if everything else is renewable or very low carbon (say 50gms) this averages out, over the sector at 190gms per kw hour fixed until 2045. Put simply, because of the importance of the energy sector to carbon emissions generally and because of preponderance of gas in our present supply, guaranteeing its continued dominance at near current levels of emissions means that the whole plan for carbon emissions reduction goes out of the window.

“Well done Ed, you certainly stamped your mark on the Department of Energy very early on.”