Motorists up in arms over fuel duty increase

Even though taxing poor grannies grabbed the headlines, there was plenty of noise coming from motorists. Many expressed disbelief over George Osborne’s refusal to stop an increase to fuel duty. […] 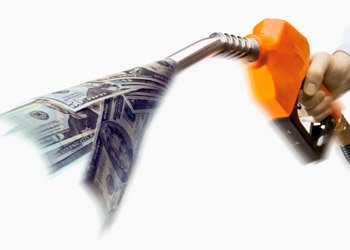 Even though taxing poor grannies grabbed the headlines, there was plenty of noise coming from motorists. Many expressed disbelief over George Osborne’s refusal to stop an increase to fuel duty. A 3.02 pence per litre fuel duty increase will take effect on 1 August as planned, it was confirmed in yesterday’s Budget. It means the cost of filling a Ford Mondeo with a 70-litre fuel tank will increase by £2.54, adding around £60 to the annual fuel bill.

Geoff Dunning, Chief Executive of the Road Haulage Association said: “The Chancellor’s decision to go ahead with this rise is not only disappointing, the reason behind it is hard to understand.”

He added business was likely to suffer as a result: “Diesel fuel is now the most expensive it has ever been – the RHA’s weekly fuel price survey last week hit an all-time record high and yet the Chancellor will be driving costs up by another £1,200 a year for a large truck – costs that hauliers must now set about trying to recover from their hard-pressed customers.”

The Chancellor also confirmed fuel duty would not rise faster than inflation, unless oil prices were to fall below £45 a barrel, well below crude oil’s current market price of about $125 (£79) a barrel. He said his measures in fact “eased the burden” on motorists by £4.5 billion.

Others have suggested this policy move could hurt the Coalition. Quentin Willson, national spokesman for FairFuelUK said jobs were now at stake as a result: “This is a mortal wound for this Government’s policies and its credibility. We showed them that cutting fuel duty by 2.5p would create 175,000 new jobs – how many jobs will be destroyed when the Government slaps 16p per gallon on in August?”