BP will begin exploring an oil well at North Uist off the coast of the Shetland Islands after winning permission from DECC late yesterday. The British oil explorer, which was […] 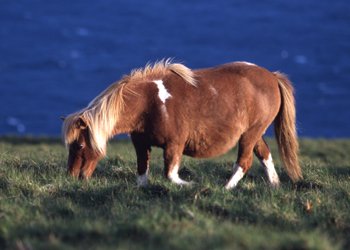 BP will begin exploring an oil well at North Uist off the coast of the Shetland Islands after winning permission from DECC late yesterday.

The British oil explorer, which was plunged into controversy after the blowout at its Gulf of Mexico well in 2010, said safety had been an “absolute priority” when it was submitting plans for approval.

A BP statement said: “Ensuring our activities are managed safely and responsibly is our absolute priority – we have been exploring West of Shetland since the early 1970s and have safely produced over 800 million barrels of oil from the area.

“Ongoing analysis will be conducted to ensure that a potential blowout rate is at no time created that exceeds the rating of the subsea capping system. The maximum blowout rate is therefore limited to 75,000 barrels per day.”

A blowout happens when there is a build up of pressure under equipment which can lead to the uncontrolled release of oil or gas from the well.

Safety was firmly on Government’s agenda when considering whether to grant permission for the well, according to Energy Minister Charles Hendry.

He said: “Before giving consent, my Department has very carefully scrutinised BP’s plans and their emergency response measures to ensure their operations are conducted to the highest possible standards.”

But environmental groups expressed concern over the new deepwater drilling activities, with some claiming BP should be investing in clean technology in Scotland instead.