Russia could take a hand in Britain’s nuclear power industry, as the country’s state nuclear firm Rosatom today confirmed to ELN the UK is a “very attractive” market. Some reports […] 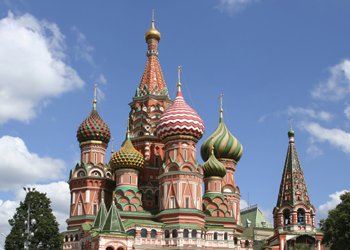 Russia could take a hand in Britain’s nuclear power industry, as the country’s state nuclear firm Rosatom today confirmed to ELN the UK is a “very attractive” market.

Some reports are also suggesting Rosatom has expressed an interest in the UK’s Horizon project.

The Horizon project is owned by E.ON and RWE npower but last month both firms announced their decision to sell their stakes in it. Horizon is now looking for potential buyers to continue its plans for two new power plants, one in Wales and another near Bristol.

A spokesman for Rosatom could not confirm reports it is looking to buy a stake in Horizon but he said: “We can see the British market as very attractive but we can’t say anything about the Horizon nuclear project.”

He confirmed Rosatom had been interested in Britain for a “couple of years” and added: “We’re moving forward in our preparation,” suggesting there is possibility for “further construction” of Russian nuclear power plants on British soil.

Referring to the Japanese nuclear disaster last year, the firm’s representative stressed the “modern” safety aspects of their technology, claiming “if it had been installed in Fukushima, we’d never have heard the name of Fukushima.”

A spokesman from RWE npower said they could not comment on speculation about the Horizon sale.