The UK is in a good position to raise its carbon emission target to 30% by 2020, Climate Change Minister Greg Barker told the BBC this morning. But the UK […] 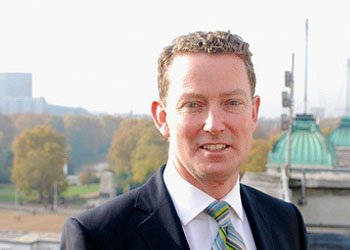 The UK is in a good position to raise its carbon emission target to 30% by 2020, Climate Change Minister Greg Barker told the BBC this morning. But the UK should do so only if the rest of Europe follows, he added.

The Minister is set to try and convince other EU countries next week about cutting carbon emissions by more than 20% – the figure that was initially decided by EU leaders.

He said Britain needs a strong carbon price if we wish to send a “strong message to industries investing in the clean-tech businesses of the future.”

Mr Barker said: “The Emissions Trading Scheme has seen the price of carbon fall to a record low in recent months due to the economic turmoil in Europe. There is plenty of scope for us to increase that level of ambition and push up the carbon price and still do it in a way that is good for business and gives long-term certainty but doesn’t actually harm our competitiveness.”

He said Chancellor George Osborne backed the idea and referred to him as the “original cheerleader for emissions trading”.