Experts in the energy sector have welcomed a report published today which has given the UK shale industry scope for the future. The report admitted fracking may produce minor tremors, […] 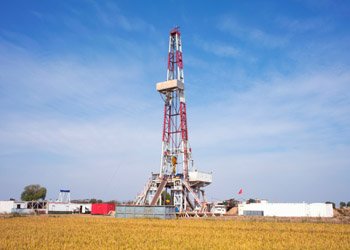 Experts in the energy sector have welcomed a report published today which has given the UK shale industry scope for the future. The report admitted fracking may produce minor tremors, but that as long as certain risk-mitigating measures were adhered to, there was the possibility of a safe future for shale on UK shores.

The shale gas industry has long been under scrutiny, particularly because of public outcries in America, with reports of fireballs roaring out of kitchen taps, due to contaminated water supplies.

Peter Kiernan, Energy Analyst at the Economist Intelligence Unit said development of UK shale gas was not likely to progress at the rate that it has in the United States because of more stringent safety measures. He said: “In the US regulations are catching up with the development of hydraulic fracturing technologies, but in Europe national regulations are more likely to set the pace of extraction of shale gas using the fracking method.”

The UK’s focus on safety was echoed by various other professionals. Leading geological experts on the panel that produced the report allayed fears that a fracking-induced earthquake was likely to cause structural damage to buildings and that in fact the tremors felt in Blackpool last year were mostly due to a geological fault line that had not previously been identified.

Dr Tim Fox, Head of Energy and Environment at the Institution of Mechanical Engineers welcomed the call for a 0.5 richter scale limit on drilling: “The recommendations that any shale gas operations should be more closely monitored are welcome.

“UK and European environmental regulations are already some of the most stringent in the world; and these proposed precautions are a good example of how to help mitigate the risk of any damage caused by seismic activity as a result of shale gas activity.”