Americans may not be the gas guzzling fossil fuel lovers we think they are. A new study in the US shows the majority are in favour of shifting to cleaner […] 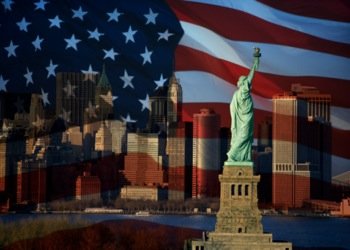 Americans may not be the gas guzzling fossil fuel lovers we think they are. A new study in the US shows the majority are in favour of shifting to cleaner forms of energy and claims American politicans have got it wrong when it comes to party sympathies with both Republican and Democratic voters saying they want to go green.

That is the main finding of a major new ORC International national public opinion survey for the nonprofit and nonpartisan thinktank the Civil Society Institute. Its full results will be published tomorrow but it claims the common wisdom among political pundits is wrong and even with recent increases in gas (petrol) prices, widespread media coverage about a solar company bankruptcy case and worries over bills, Americans appear to remain solidly in favor of shifting from fossil fuels to a clean energy future.

Unlike other surveys that ask Americans in simplistic terms if they support or oppose a range of energy sources, the ORC survey pushed those polled to make harder choices between such things as wind and solar power on the one hand and oil, coal and nuclear power on the other. It also found the views of both Republican and Democrats were broadly similar therefore dispelling the myth that all Republicans want to maintain the oil and gas sector.

The full report released tomorrow comes on the back of a Gallup poll in the US last month which showed 59% of all Americans favoured developing alternate energy sources over developing more fossil fuels.