Unilever gets fifth of energy from renewables 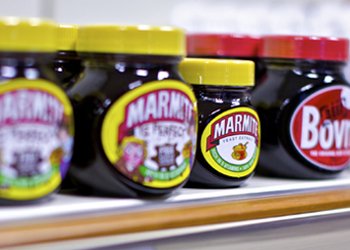 Unilever says renewable energy now contributes a fifth of its total energy use, while 100% of the electricity it buys in Europe is now from renewable sources.

The firm released a report on the progress it is making towards meeting its Sustainable Living Plan targets. In late 2010 it committed to taking responsibility for the company’s impact right across the value chain.

On the sustainability front, Unilever announced it will reach its target of 100% certified sustainable palm oil covered by Green Palm Certificates by the end of the year.

In the UK, the firm has installed combined heat and power plants at its Gloucester ice cream, Port Sunlight homecare and Purfleet spreads factories, which it says has reduced CO2 from energy by over 30,000 tonnes a year (compared to 2010).

Amanda Sourry, Unilever UK and Ireland Chairman said: “The old view of growth at any cost is unacceptable; today the only responsible way to do business is through sustainable growth. It’s for this reason that the Unilever Sustainable Living Plan is not just a bolt-on strategy, it’s our blue-print for the future.”

She added: “The progress update shows that we’ve made some fantastic steps forward, particularly in the areas of sustainable sourcing, health and nutrition and reducing greenhouse gases. Just one year into the decade-long plan, we are proud of our achievements so far but there’s still much more to do.”