The former head of energy procurement for Kent County Council (KCC) was this week given a seven year prison sentence for fraud. Ross Knowles, 42 of Allington was sentenced at […] 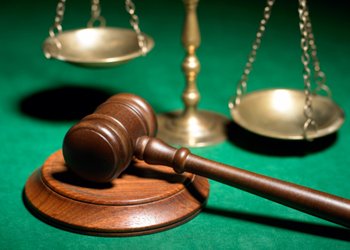 The former head of energy procurement for Kent County Council (KCC) was this week given a seven year prison sentence for fraud.

Ross Knowles, 42 of Allington was sentenced at the Maidstone Crown Court on Thursday for siphoning off around £2million, according to reports, by secretly negotiating extra fees with an energy supplier. The supplier thought the funds were going to KCC.

Andrew Penhale of the Crown Prosecution Service Central Fraud Group said: “Far from ensuring best value for the public, Knowles used a sophisticated but simple technique to defraud them. At the year-end reconciliation, instead of claiming a rebate which would have benefited all the public services that were part of the consortium, he forged invoices and diverted the monies to his own bank account.”

He added: “Central Fraud Group lawyers put a compelling case before the court, proving Knowles to be a systematic fraudster and a man who enriched himself at the public’s expense.”

A Kent County Council spokesperson said: “KCC welcomes the sentence that has been handed down to Ross Knowles as a consequence of him fraudulently extracting funds from its contracted gas supplier.”

The spokesperson added the council’s working procedures with its energy suppliers, systems and controls have been reviewed and revised, “to protect KCC, its customers and suppliers from future fraudulent attempts.”

The council said the process to recover funds is currently underway.

The news suggests a level of dissatisfaction in the energy sector, coming the same week as a survey by Energy Live News showed that more than a fifth of energy buyers said they wouldn’t recommend their energy broker.