Last nuclear plant shuts down- what next for Japan?

Japan has been one of the world’s biggest nuclear powers for almost half a century. As of this weekend, the last plant in operation following the Fukushima disaster last year […] 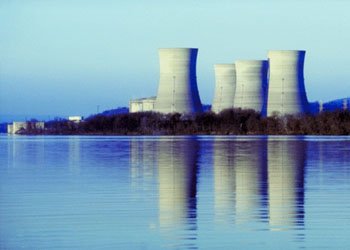 Japan has been one of the world’s biggest nuclear powers for almost half a century. As of this weekend, the last plant in operation following the Fukushima disaster last year prepares to go offline.

The Hokkaido electric power company is shutting down the No3 reactor at its Tomari plant for maintenance on Saturday, making the country nuclear-free for the first time in more than 40 years. The Japanese people have had a big say in the nuclear shutdown- the Fukushima disaster was enough to sway the majority that they wanted a future without nuclear.

But what does that mean for Japan’s energy future? The country currently imports around 84% of its energy requirements, after losing 30% of its nuclear capacity from around 50 plants.

Japan’s Economy, Trade and Industry Minister, Yukio Edano said the summer’s high levels of demand could be an issue: “I have to say we are facing the risk of a very severe electricity shortage.”

Before the 11 March Earthquake Japan was already the world’s biggest importer of liquified natural gas (LNG) and was forced to ramp up its buying in the wake of nuclear shut down.

As a result, many in Japan are calling for increased investment in renewable technologies: “If Japan has the motivation, it can do this,” Sei Kato, deputy director of the Environment Ministry’s Low Carbon Society Promotion told reporters. “We have the technological know-how.”