Hopes that Energy Bill is “priority” in Queen’s Speech

The chair of the Parliament’s energy policy ‘watchdog’ hopes the Energy Bill will feature prominently in the Queen’s Speech tomorrow. But this could be a challenge if the Department for Energy […] 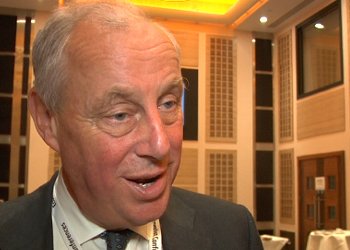 The chair of the Parliament’s energy policy ‘watchdog’ hopes the Energy Bill will feature prominently in the Queen’s Speech tomorrow.

But this could be a challenge if the Department for Energy and Climate Change doesn’t exercise more “muscle” when it comes to dealing with other departments on Government, suggested MP Tim Yeo, chair of the energy select committee.

His comments come after rumours that the Energy Bill is being pushed down the Government’s list of priorities – and even that it could be overlooked in the Queen’s Speech tomorrow.

Mr Yeo told ELN: “I seriously hope we will see the Energy Bill given high priority in the Queen’s Speech but the strong rumours are that it’s quite low down in the queue now.”

This could have a serious impact on the UK’s energy market, he suggested.

“If this means that Bill doesn’t get passed until 2013, a whole lot of investment decisions which should have been taken already may be delayed for another year.”

DECC was only set up in October 2008. It has recently had a change at the helm with Ed Davey taking over as the Energy Secretary after Chris Huhne was forced to step down because of allegations he passed speeding points to his ex-wife.

The senior Tory MP added: “I think the problem for DECC really is to exercise a bit more muscle in Whitehall. It needs to make sure its priorities in terms of secure, independent energy supplies coupled with reducing greenhouse gas emissions are at the forefront and accepted by the Treasury, the DfT, the Department for Business and the Department for Communities and Local Government.

“The problem with DECC being one of the weaker and newer departments in Whitehall, is that it’s always going to be the junior partner in any bilateral negotiation with another department.”

His comments come after he said departments like DfT and BIS were “crawling all over” DECC at the Economist’s UK Energy Summit last week.