The number of households in fuel poverty dropped by 500,000 in the year up to April 2011, government figures show. However charities are warning the government could fail to squash fuel […] 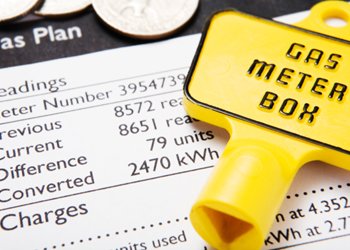 The number of households in fuel poverty dropped by 500,000 in the year up to April 2011, government figures show. However charities are warning the government could fail to squash fuel poverty by its own 2016 deadline as this drop could be reversed over the course of this year.

The figures released today show the amount of fuel poor houses in England fell to 3.5 million in 2010 from four million the year before.

Despite being “encouraged” by this, Climate Change Minister Greg Barker said there is still a “national problem”: “There is no room for complacency. Fuel poverty remains a serious national problem and the Coalition is absolutely committed to tackling it.”

Further, the figures do not reflect the current state of affairs, with government projecting the number of households in fuel poverty could jump to 3.9 million in 2012.

For the period of 2010, many households were lifted out of “fuel poverty”, which is defined as spending at least 10% of income on fuel bills, because of rising incomes and more efficient boilers being installed, DECC said.

There was also little change in prices for domestic energy during 2009-10, which is in stark contrast to the end of 2011-12, when increasing wholesale costs of gas have driven sharp rises in bills.

NEA’s Chief Executive, Jenny Saunders criticised the government for halving spending on schemes which would help vulnerable households to tackle the problem, from £1.1 billion to around £540 million next year.

She said this raises “serious doubts” about the Government’s plan to eradicate fuel poverty in England by 2016, as required by the Warm Homes and Energy Conservation Act 2000.

DECC said it was actually increasing spending focused on fuel poverty by 3%, from £824m to £850m. A spokesperson said its range of policies would be boosted by new schemes starting this year like the Energy Company Obligation and the Green Deal.