The green economy which David Cameron declared would be crucial in leading the country out of recession has “stalled” and is in danger of slipping further behind, MPs warned today. […] 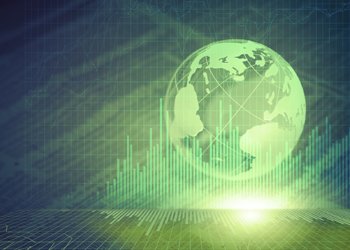 The green economy which David Cameron declared would be crucial in leading the country out of recession has “stalled” and is in danger of slipping further behind, MPs warned today.

On the day financial crisis in Europe looked even less likely to clear up with the prospect of Greece exiting the euro firmly on the cards, MPs on Parliament’s environmental audit committee said they are concerned the Government’s own plans for green energy  were stalling.

Despite plans laid out by Environment Secretary Caroline Spelman in August last year, the EAC’s latest report says the Government is not doing enough to “stimulate the green economy”.

It states: “Placing no new requirements on business, the Government’s market-led approach is too focused on voluntary action. Relying on consumer demand to stimulate the green economy will not work.”

It goes on: “The recent financial crisis has demonstrated that there are clear risks from such a market-based approach, particularly when markets do not reflect the value of nature.”

A major concern in the report is that Government red-tape slashing efforts must not be at the expense of “safeguarding our health and the environment”.

Joan Walley MP, Chair of the Environmental Audit Committee (EAC) said: “The Government promised a roadmap to a green economy but two years in it seems to have stalled and we risk slipping back to business-as-usual.

“Out of the ashes of the financial crisis we need to rebuild an economy that enhances human well-being, protects the natural world and delivers food and energy security for the future.”

Further the EAC suggests the Government risks a “missed opportunity to show global leadership on this area at a crucial time in the run-up to the Rio Summit.”

Ms Walley added: “The Prime Minister should show leadership in the run up to the Rio Earth Summit and put the green economy at the heart of the Government’s plans to revive the economy.”