Energy Secretary Ed Davey today unveiled the draft Energy Bill today as part of plans to “keep the lights on, bills down and the air clean”. The draft legislation will […] 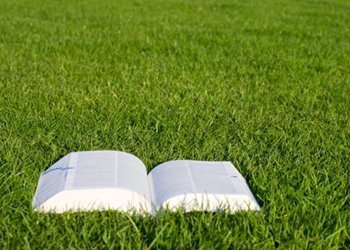 Energy Secretary Ed Davey today unveiled the draft Energy Bill today as part of plans to “keep the lights on, bills down and the air clean”. The draft legislation will now be closely looked over in Parliament under pre-legislative scrutiny – and it appears to hold few surprises.

Confirmed in the Queen’s Speech earlier this month, the Energy Bill is setting up an urgently needed overhaul of the energy sector as a fifth of our power stations are closing in the next decade.

The main electricity market reforms (EMR) in the Bill are designed to attract £110 billion of investment to pay for this update.

The four main parts of the EMR remain: the feed-in tariff with Contracts for Difference (CfD), widely seen as subsidised support for nuclear power; a capacity mechanism; an emissions performance standard (EPS) to limit the carbon emitted by new coal power plants; as well as a carbon price floor to pressure businesses away from rising emissions.

The Secretary of State said: “Leaving the electricity market as it is would not be in the national interest. If we don’t secure investment in our energy infrastructure, we could see the lights going out, consumers hit by spiralling energy prices and dangerous climate change.

“By reforming the market, we can ensure security of supply for the long-term, reduce the volatility of energy bills by reducing our reliance on imported gas and oil, and meet our climate change goals by largely decarbonising the power sector during the 2030s”.

Also included in the Bill are plans for the National Grid to be the independent System Operator and so run the energy market’s new mechanisms.