More gas “could free up cash to cut carbon”

Building more gas plants instead of offshore wind could free up hundreds of millions of pounds a year to help cut emissions, push insulation measures in the home and prop […] 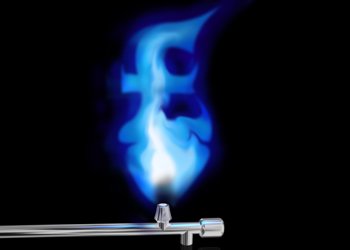 Building more gas plants instead of offshore wind could free up hundreds of millions of pounds a year to help cut emissions, push insulation measures in the home and prop up low carbon research, it was claimed today.

The claim comes from leading think tank Policy Exchange, which says a “more balanced approach” to electricity over the next decade could save £700-900 million a year, in its report ‘Fuelling transition: Prioritising resources for carbon emissions reduction’.

Dr Simon Less, author of the report said: “We must not put too much money on a few, unproven horses. We need to make best use of limited resources to maximise emissions reduction and overall low carbon innovation.”

The report also argues for extending the EU emissions cap to 2035. It claims emissions would be “no higher” under this and says gas-fired power plants would be retired early or retrofitted with Carbon Capture and Storage when the cap bites.

Guy Newey, head of environment and energy at Policy Exchange added: “Allowing the market to invest in gas as a transition fuel frees resources that could be used to boost innovation in promising zero carbon technologies.”

However critics have been quick to bash the findings.

WWF said it was “ridiculous” to argue a renewed “dash for gas” could lead to greater cuts in carbon emissions in the UK.

Jenny Banks, policy officer at WWF-UK said: “This is based on a very idealistic view of the effectiveness of the EU emissions cap which, while important, is vulnerable to political lobbying and does not provide the certainty required to bring forward investment in low carbon generation.”

She said the think tank was “ignoring” the long term economic benefits of the UK becoming a world leader in deploying offshore wind, wave and tidal.

Policy Exchange says it is not opposed to wind power per se, just the cost, claiming its approach would still allow “huge investment” in renewables including 9GW of offshore wind by 2020.

Greenpeace also shunned the idea of putting the UK at the mercy of international gas prices.

A DECC spokesman said: “The bargain basement is not the place to look for a responsible long term energy strategy.

“All credible analysis agrees that renewable energy has a central role to play in the low carbon technology race under way, as part of a wider energy mix.”