Energy Minister Greg Barker was accused of “breathtaking arrogance” yesterday when questioned about the crash in the domestic market for solar installations. This comes after the Government decided to further […] 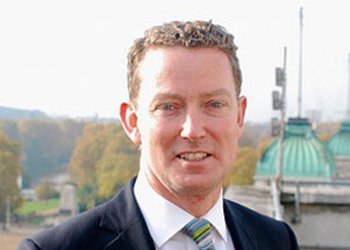 Energy Minister Greg Barker was accused of “breathtaking arrogance” yesterday when questioned about the crash in the domestic market for solar installations.

This comes after the Government decided to further cut Feed-in-Tariff incentives from August.

Mr Barker was responding to a report by Eco Environments, which claimed renewable energy installers were now focusing more on the commercial sector rather than homeowners due to the cuts.

David Hunt, co-founder of the installations company told the show the number of domestic solar installations had dropped dramatically and would further reduce when the tariff is cut from 21p/kWh to 16p/kWh in August.

However, the Energy Minister said the report was a “complete travesty” and “totally out of step.” He added: “That’s not what is happening…Because actually installation numbers are growing steadily. They’re now three times higher than they were a month ago.”

He also said Tesco was offering domestic solar installations for £6,500 compared to £9,000 by Eco Environments.

In response, Mr Hunt told a trade publication: “Greg Barker is being totally disingenuous with his use of figures for installation costs. While our quote of £9,000 is for a 4kW solar PV system, the Minister’s £6,000 cost is based on a system half that size.

“And, if anyone is offering a 4kW system for £6,000 they are not doing it because they want to – they are doing it to survive and live to fight another day.

“Greg Barker has once again demonstrated both breathtaking arrogance and ignorance at the same time.”

He added: “I am also staggered that the Minister chose to promote a conglomerate like Tesco at a time when the jobs of tens of thousands of workers at independent solar installers are either being axed or are in serious jeopardy.”

The Minister also predicted more than £1 million worth of installations could be achieved by 2015 rather than £250,000 proposed by the previous Labour Government.