Paul McCartney and co back Save the Arctic campaign

The Beatles’ musician once sang “Baby, you can drive my car!” But Paul McCartney seems to have changed his tune, today joining a host of other stars in backing a […] 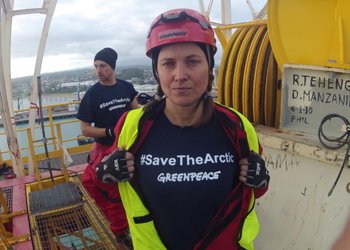 The Beatles’ musician once sang “Baby, you can drive my car!”

But Paul McCartney seems to have changed his tune, today joining a host of other stars in backing a “Save The Arctic” campaign launched at the Rio+20 summit.

Hollywood star Penelope Cruz, Virgin boss Richard Branson, American actress Lucy Lawless (pictured) and British boy band One Direction are some of the celebrities asking the UN to make the Arctic off limits for oil drilling and unsustainable fishing. They are demanding the pole be designated a “global sanctuary”.

Sir Paul McCartney said: “The Arctic is one of the most beautiful and last untouched regions on our planet, but now it’s under threat. It seems madness that we are willing to go to the ends of the Earth to find the last drops of oil when our best scientific minds are telling us we need to get off fossil fuels to give our children a future.”

Greenpeace, the environmental group at the helm of the campaign, plans to gather one million signatures on an “Arctic Scroll” which it will embed in the Arctic seabed.

The demands are not likely to prove popular with oil and gas firms for whom the Arctic exploration is somewhat of a holy grail. A raft of firms including UK oil giant BP, Russia’s Rosneft, Italy’s ENI and the States’ ExxonMobil have all expressed interest in the Arctic. Some including Shell already have plans in place to explore in the region.