Security has reportedly been upped at all of Sweden’s nuclear power plants after a suspected explosive was found in a truck on its way to a Swedish nuclear plant yesterday. […] 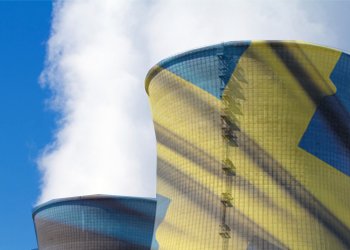 Security has reportedly been upped at all of Sweden’s nuclear power plants after a suspected explosive was found in a truck on its way to a Swedish nuclear plant yesterday.

The plant’s operator Vattenfall confirmed the incident near the Ringhals power plant, which has four reactors and a total installed capacity of 3690MW. About 1500 people are employed at the site.

Vattenfall said the discovered object could not have done serious damage at Ringhals.

Swedish police are now investigating the incident after the suspected explosive was found during the course of a standard vehicle check of the cargo.

Material samples from the discovered object have been sent to the State Forensic Laboratory for further analysis.

Vattenfall said in a statement: “Ringhals has taken the necessary steps and follows the procedures laid down for this type of event. All vehicles, cargo and people entering the Ringhals premises pass through an extensive inspection including explosives.”

A spokesperson told ELN they could not comment on who might have planted the material as it was now a matter for the police. They confirmed police checked the site and haven’t found anything else.