Renewable energy could be in for some “very troubled waters” if Europe pursues its carbon targets and new energy sources without an eye to cost. This was the stark warning […] 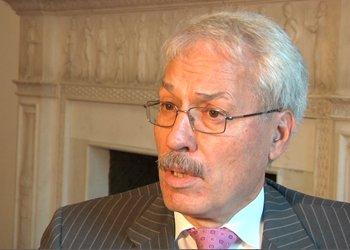 Renewable energy could be in for some “very troubled waters” if Europe pursues its carbon targets and new energy sources without an eye to cost.

This was the stark warning from the chief executive of RWE Innogy Fritz Vahrenholt, who told ELN the impact of carbon emissions on global warning was not as “catastrophic” as we are led to believe.

The one-time hero of the German green movement, who recently had a change of heart after looking into climate change figures, said there was plenty of time to combat rising world temperatures. He warned Europe did not need to rush changes to its energy system in the next five or ten years.

He suggested pushing forward policies to cut carbon too quickly could be more expensive – and this posed a risk to good opinion of renewable energy.

The RWE chief said: “If people are realising it is extremely expensive, secondly it’s not more reliable than what we thought and third, climate change is not so dramatic as we thought, I fear the support for renewables will collapse.”

He pointed to the cost of solar PV in Germany as an example: “It’s very, very expensive. It costs us five to six times the normal amount for electricity and somebody has to pay. The very serious thing is those who are not wealthy, they are also being charged for it. It’s a social problem.”

Don’t forget to watch the exclusive interview on the Energy Live News homepage.