The Government has been accused of “dangerous complacency” over its attempts to avoid the Coryton oil refinery closure. After its owner Petroplus went into administration earlier this year, there had […] 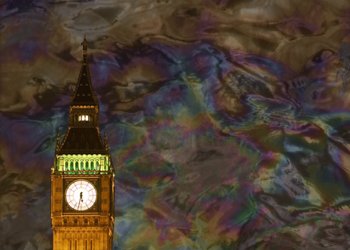 The Government has been accused of “dangerous complacency” over its attempts to avoid the Coryton oil refinery closure.

After its owner Petroplus went into administration earlier this year, there had been hopes for the future of Coryton but the Essex site now looks unlikely to remain a refinery. Several hundred redundancies are expected.

Baroness Smith, the Opposition spokesperson for the Home Office has questioned why the Government didn’t step in to save it.

Writing on Politics Home, the Labour politician asked:  “Why is it that in a similar position the French Government invested to protect its national refining capacity and jobs, yet this Government refused to help citing European State Aids laws and adequate capacity in Europe?”

She warned: “Once the refining capacity is gone and the site is converted to a depot to receive imports of refined fuel we’ll never be able to get it back.”

DECC said it wouldn’t comment any further on the matter. At the time, Energy Minister Charles Hendry defended its role in staving off the crisis at the Essex plant.

He said: “We looked long and hard at whether or not State Aid should be provided for Coryton. But we came to the conclusion that the existing overcapacity in the refining industry and declining demand for petrol means that it would not be sustainable.”

He suggested if Government had stepped in to help Coryton it could have led to job losses at other refineries.