‘Bounce back’ in Brits supporting nuclear

Support for nuclear power has “bounced back” with nearly two-thirds of Britons backing it, according to a new survey by YouGov. Commissioned by EDF Energy, the report showed only 11% […] 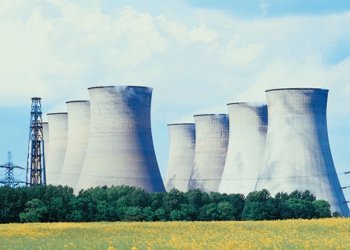 Support for nuclear power has “bounced back” with nearly two-thirds of Britons backing it, according to a new survey by YouGov.

Commissioned by EDF Energy, the report showed only 11% are opposed to nuclear power being part of the UK’s energy balance.

The news comes as the power supplier prepares to make its final investment decision on plans to build a new nuclear power station at Hinkley Point in Somerset. The survey also found the number of people opposed to building nuclear stations on the sites of existing ones has fallen to 22%, compared to 30% last March, shortly after the Fukushima incident.

Vincent de Rivaz, CEO of EDF Energy said: “I’m encouraged to see that nuclear has bounced back after Fukushima and is supported by a larger majority than a year ago.

“Public support is vital to addressing Britain’s energy challenges. Nuclear and renewables are both needed to fill the energy gap and meet the country’s carbon reduction targets.”

The public’s interest in global warming and climate change, however, showed a drastic fall to 59% from 72% in 2008.