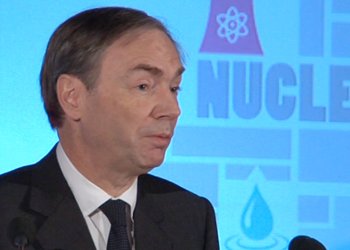 The company’s interim results for the first half of 2012 show energy supply to homes appears to have made up a healthy chunk of the profits, with £345m coming from the residential energy supply and £125m for residential services.

Centrica puts the jump in profits down to higher energy use in UK homes, compared to the “exceptionally mild weather and unusually low levels of profitability” last year.

But consumer groups say customers will be “shocked” by the profits at a time when energy firms complain they are being forced to bring in prices rises.

Audrey Gallacher, Director of Energy at Consumer Focus said: “Hard pressed consumers will be shocked to see such a big rise in profits when British Gas has been warning of the need for price increases. The disconnection between profits and prices risks deepening consumer distrust over energy bills. Wholesale prices rose slightly at the start of the year but have fallen and are now a long way from their peak.”

Richard Lloyd,  Executive Director at consumer champions Which? said: “Many people are struggling with rising energy costs and, when they see suppliers announcing big profits, they’re bound to question whether they’re paying a fair price for their energy.”

Not all sides of British Gas’s operations saw a rise, as profits from its business supply of energy actually dropped to £97m compared with £127m made at the same time last year.