The last remaining Magnox nuclear reactor in the UK has been given the go-ahead to operate until 2014 – four years after its original closure date. Magnox, which runs the […] 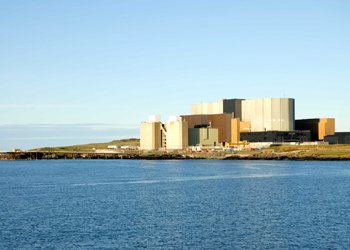 The last remaining Magnox nuclear reactor in the UK has been given the go-ahead to operate until 2014 – four years after its original closure date.

Magnox, which runs the Wylfa Power Station as well as 10 other nuclear sites and a hydroelectric plant, got permission to transfer fuel between its reactors meaning electricity generation can continue until September 2014. The plant has been producing electricity since 1971.

The plant in Anglesey, Wales has been allowed to continue using one reactor, transferring partially used fuel from Reactor 2 to Reactor 1.  The move has been approved by the Office for Nuclear Regulation and is supported by the Department for Energy and Climate Change (DECC).

Stuart Law, Wylfa Site Director said: “It is a credit to the staff who have supported Wylfa throughout its 41 years of generation and I look forward to working with them through the final phase of generation at Wylfa– the IRX phase.”

Inter-Reactor Fuel Transfer (IRX) has already been used at Oldbury Power Station and the operators say it has now been successfully trialled at Wylfa.

Energy Minister Charles Hendry said: “This move, based on comprehensive safety assessments, is good for our energy security.  It will enable Wylfa to continue generating for two more years, safeguarding jobs and bringing in additional commercial income, which will help contribute to the costs of our nuclear decommissioning programme management of the nuclear legacy.”

Extra income from Wylfa and its sister plant Oldbury, which closed in February, is so far estimated to be worth around £600 million.